For Which Animal Is Gir National Park Famous?

Of course, the majestic Asiatic Lions are the real reason behind the popularity of the Gir National Park. However, the king of the jungle isn’t the only inhabitant of this natural reserve.

Home
/
Blog
/
For Which Animal Is Gir National Park Famous? 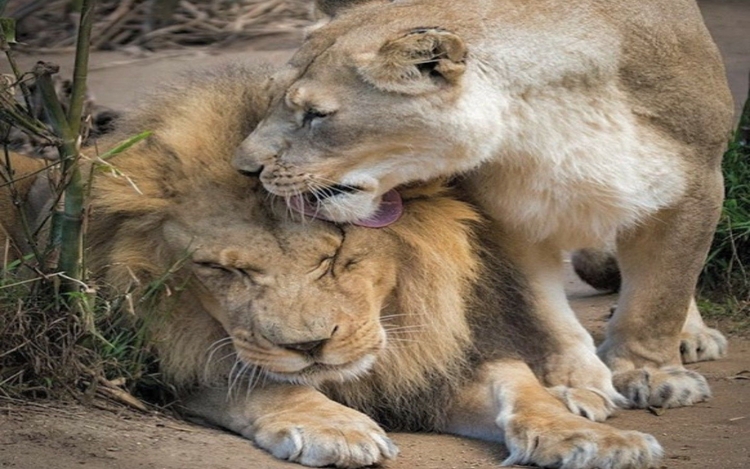 Kings need the presence of subjects to rule, and those subjects add to the fame of Gir. It is one of the most important wildlife sanctuaries of India because it houses an endangered species. There is no other place in the world where lions exist, other than Africa and the Gir of India. The count of lions dropped drastically, which forced the authorities to chalk out a plan of revival.

The number of lions which dropped to twenty now rose to four hundred and eleven. Then again, as mentioned earlier, Gir is where you find several other animals. The hilly and forested terrain of Gir supports creatures like leopards, jackals, deer, and antelopes to survive and thrive. This national park is the perfect place for environmental activists, adventure lovers, thrill-seekers, wildlife enthusiasts, birdwatchers, and science freaks. If you consider the sheer variety and number of wild animals in this place, you will realize why it is crucial to all of Asia. The core zone of the park is about two hundred and fifty-eight square kilometers.

Seven major perennial rivers crisscross through the entire area of the Gir National Park. The rivers are the Shingoda, Shetrunji, Machhundri, Raval, Hiran, Datardi, and Godavari. There are also four dams built inside the park. These dams ensure that the animals face no issue regarding potable water. The water supply further bolsters the survival of the flora which shades the whole area. After all, the fauna also needs water for survival and sustenance of the wild creatures. The largest among the four dams is known as the Kamleshwar Dam. The reservoir created by this particular dam supports hundreds of species of birds.

The searching eyes of a wildlife enthusiast will scour the areas for the glimpse of a lion. However, the vegetation of Gir deserves as much attention as the animals. The trees and plants are what bestow the natural habitat for the survival of these creatures. Mixed deciduous forests primarily dominate the landscape. Other instances of flora include evergreen and semi-evergreen trees. You will also find vast stretches of grasslands and scrub jungles. The dry deciduous nature of the forest creates a predominantly parched climate. As you keep moving up the hills, the trees tend to get shorter and less dense than the plains.

The King Of Animals

Now you know why Gir National Park is so famous in India. It is where the Asiatic Lions found their personal haven. There is a zoo in Junagadh which a Nawab of Gujarat built in 1863. This ruler was also the one who realized the essentiality of saving the Asiatic Lions. The Nawab created the zoo as a place where these lions can thrive undisturbed. Many years later, the Indian government followed the footsteps of that Nawab. Finally, the Gir National Park came into existence. Nawab’s protective measures allowed the lions to grow. However, soon after the person’s death, hunters began killing the lions. You should thank the world because it contemplated the necessity of the survival of these wild beings. Browse through our wide range of Gir Jeep Safari Packages with accommodation. Best pricing available for Gir Hotels & Resorts.